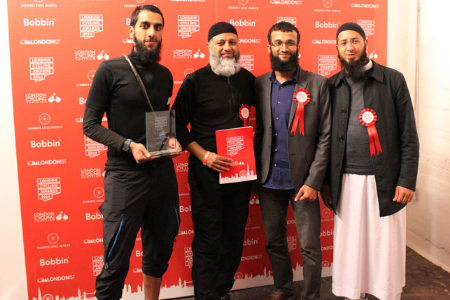 On Friday 20th May, three Cycling Grants London recipients were recognised for their contribution to their local communities at the London Cycling Awards 2016.

Brothers on Bikes scooped the Community Project of the Year award for their project to provide cycle clubs for 5 – 16 year olds and equip them with cycle training and maintenance skills.

The two runners up – This Girl Can BMX and Core Arts – were also recognised for their work getting women and adults with mental health issues onto two wheels.

All three projects shortlisted for the Community Project of the Year award received grants through the Cycling Grants London programme, funded by Transport for London and administered by Groundwork London. The programme is aimed at groups that are traditionally under-represented in cycling (through income, health, ability, skills and access to information or equipment).

The programme aims to promote safer and more liveable streets by challenging current attitudes to transport, healthy living and the public realm. The second round of funding will open on 1st August 2016.